How to start an Enventive Concept project

When starting a new Enventive Concept project, the user faces an important decision: “Should I start from a blank sheet or import my existing geometry from CAD?” 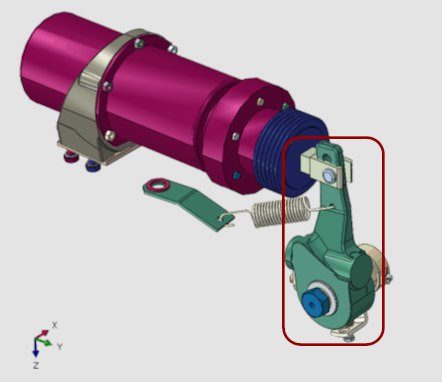 At first sight, it may seem that this approach is not the most efficient method to create a new project. Indeed, it is not the preferred approach among many new Enventive Concept users. However, we see that more advanced users tend to use this approach, as they create models earlier in the design process, before CAD models are finalized.

Pros: Quick to enter only functional geometry + the user must think about each dimension and its effect on the product’s design

One of the drawbacks of the previous approach is the lack of visual information that helps product managers, colleagues, clients, suppliers, etc. to quickly understand the model. To provide this visual information in an Enventive Concept model, users can import geometry from an existing CAD model using a STEP/IGES file.

Cons: Exporting an appropriate view of the geometry from the CAD model may be more time-consuming than just sketching the functional geometry from scratch for experienced Enventive Concept users

Cons: Not as flexible as other methods

Cons: All the constraints applied to the background image must be removed; otherwise, the tolerance analysis results could be incorrect

The best approach to choose depends on the complexity of the model and the user’s own preferences.

In all cases, Enventive Concept is not just another verification tool for use at the end of the design cycle, but rather a conceptual design tool that helps users discover issues before detailed design begins.

Enventive® Concept v4.2 is now live with New Modeling and Analysis Capabilities to Designers and Engineers

Enventive® Concept v4.2 introduces many new features and enhancements, including:

For complete details on this release, current customers can refer to the release notes included with Enventive® Concept v4.2 . To request enhancements for future releases, please contact us.

Strategically used during the conceptual design stage of product development, “Concept” is an apt moniker. “Along with its new name, Concept is gaining a new identity as an intrinsic part of a more comprehensive solution,” Gifford said.

“We’re entering into a new phase of growth,” Gifford continued, “Growth that has sprung organically from actively encouraging progressive change in the industry and supporting our customers’ goals to improve their entire engineering process, and ultimately their success.”

Enventive is continuing to make enhancements to Enventive Concept to respond to customers’ immediate needs as well as integrate it with their new products. Version 4.1.5, which primarily fixes issues found in 4.1.4, has just been released, and another new version of Enventive Concept that includes many enhancements and fixes based on customer feedback will be released later this year.

Enventive is a mechanical engineering design system that takes mechanical designs through every phase, from initial concept, to preliminary  design, to variational analysis and optimization.